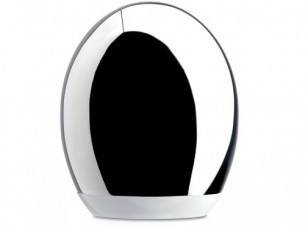 Giovanni jr. is the son of Alessio, grandson of Carlo and great-grandson of Giovanni, founder of Alessi. Like a number of his fourth-generation cousins, he makes a point of using both of the family surnames: Alessi Anghini. After a period at Stefano Giovannoni’s studio in Milan, Giovanni is taking his first steps in the designer’s profession. A short while ago he showed this bottle opener featuring a pressure opening mechanism, an ingenious idea which was developed and put into production.

There are no reviews yet.

Thank you! Please check your inbox to confirm your subscription.
Loading...
As seen on Elvis Duran - sign up to learn about our latest products and exclusive deals. Thanks!